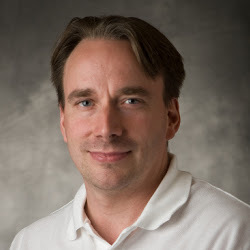 In 1991, Linus Torvalds shared the Linux kernel with a few computer hobbyists. The operating system they built reshaped the software industry.

Fascinated by the economy and elegance of experimental operating system Minix, computer scientist Linus Torvalds wrote an operating system kernel and shared it with independent programmers. The system that they fleshed out and released in 1994 -- Linux -- was remarkable not only for its utility and efficiency but also for the collaboration of its community.

Now enjoying mainstream respectability (and the support of the computer industry), Linux runs on the servers of Amazon, Google, and much of the wired world. As the sole arbiter of code for the Linux Foundation (which he characteristically downplays by saying “the only power I have is to say ‘no’”), Torvalds quietly inspires open-source projects worldwide.

The mind behind Linux

Speaker in the next conferences